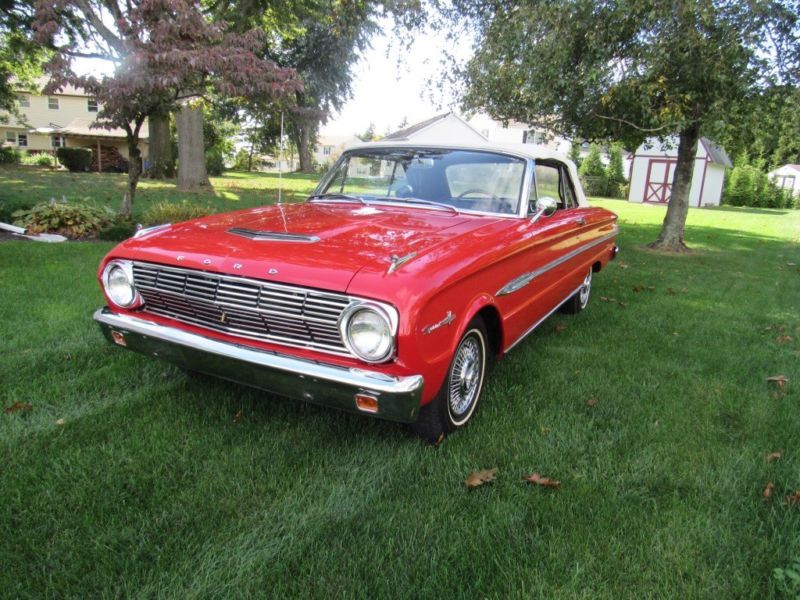 1963 Ford Falcon Sprint Convertible which is a real head turner. The original owner took the car back to the dealer in 1966 to
have the drivetrain upgraded to a 289 4 speed, to make the car more fun to drive. The 289 looks 100% stock to the
Falcon with original manifolds and engine accessories from the original 260. You can still see the original Sprint
decal on the drivers side valve cover. The car has always been kept indoors and out of the elements. The
undercarriage is solid along with the rest of the body. Car received one re-spray of its original Raggoon Red in
the mid 80's when the car was being shown regularly. I'm told it was a trailer queen for many years. Paint isn't
new and has a few small blemishes but she still looks really nice. The interior is all original and looks great for
being 54 years old.