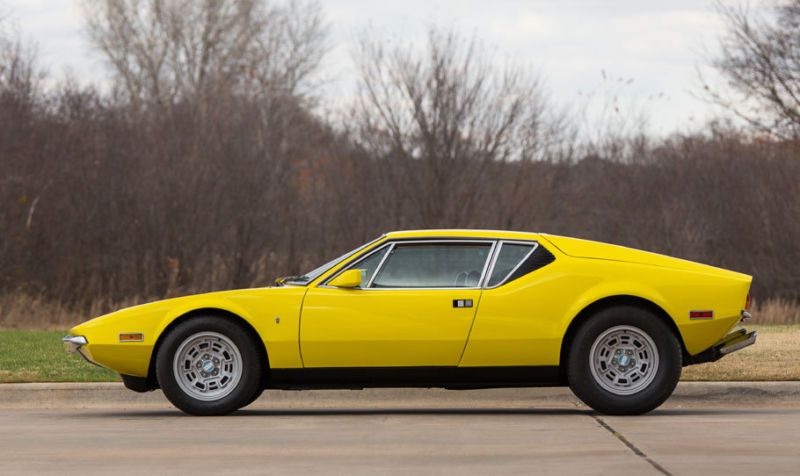 New Page 1
1972 DeTomaso Pantera Pre L - 35,532 Miles
Originality sets this car apart
One owner since 1973
Survivor, California car. Very minimal use over its life. Correct upgrades for dependability
Chassis number: THPNMD04215
Never raced.
Fresh paint job to original color.
Stored for 25 years.
Original 7 and 8 inch Campagnolo magnesium wheels
Fluidyne radiator with high output cooling fans
Stainless steel cooling tubes
Vintage dealer installed Becker radio
Engine was rebuilt to stock specifications with modest performance upgrades 30 years earlier. 735 Holley and
aluminum Edelbrock manifold.
The car has been gone through to make sure all systems work and the car is ready for a new enthusiast owner who
values originality.
If you have always wanted a stock Pantera with very low, carefully driven miles, this car should be seriously
considered.
Don't be left behind as prices continue to escalate on clean, low-mileage and original Panteras.
This Pantera is now located in Oklahoma. Reasonably priced transportation can be arranged, both national and
international.