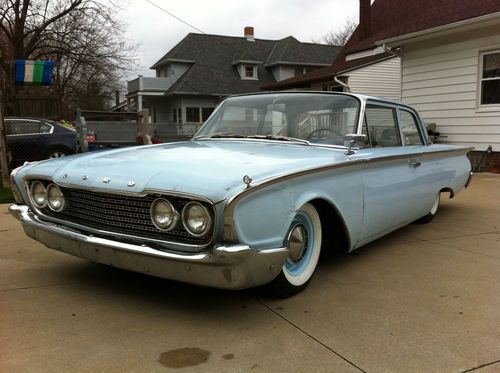 Up for auction is this 1960 Ford Fairlane with 52K original miles !!

-Everything on this car is new if it could be replaced

-Radiator was flushed and rebuilt and reinstalled with new hoses and heater hoses along with a new heater core.

-Everything on this car works with the exception of the dash lights. Even the heat and defrost work !

-This is a running, driving car. Available for immediate purchase

Thanks for looking ! Email Rexsrodscustoms@yahoo.com with any questions.

This one will go fast don't wait !

ALL OUR VEHICLES ARE SOLS AS-IS UNLESS OTHERWISE STATED. NO REFUNDS AND NO RETURNS !