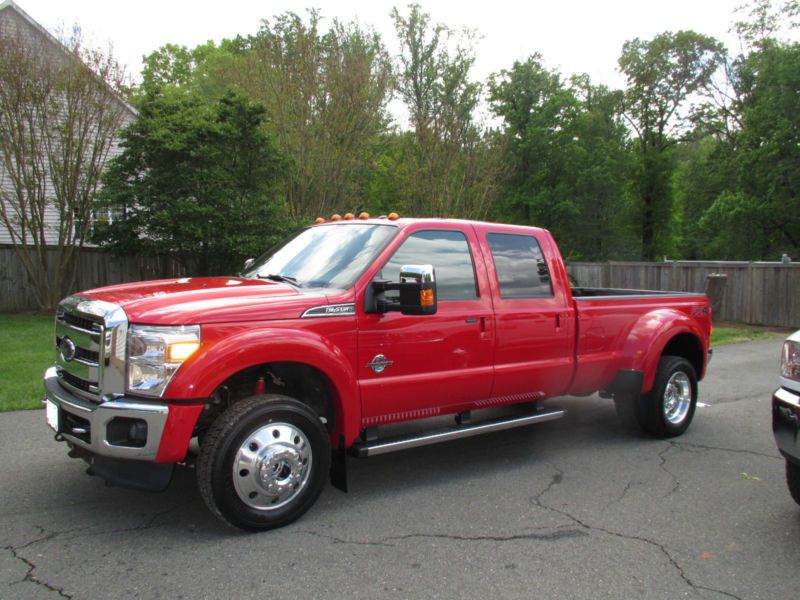 Just email me at: barneybffulk@ukswimmers.com .

I AM SELLING MY PERSONAL TRUCK. I AM THE ORIGINAL OWNER OF THIS TRUCK AND ORDERED IT WITH ABSOLUTELY EVERY
POSSIBLE OPTION. THERE ARE NO OTHER OPTIONS AVAILABLE ON THIS MODEL TRUCK MADE THIS YEAR. I DON'T NEED THIS TRUCK
ANYMORE AND WANT TO GO ANOTHER DIRECTION. THE TRUCK ALSO HAS THE COMPLETE FIFTH WHEEL PACKAGE NEVER USED BUT NOT
PICTURED. CALL BILL WITH ADDITIONAL QUESTIONS 703-906-3141. MSRP ON THE TRUCK WAS OVER $75,000.00. SAVE A TON OF
MONEY HERE. THE TRUCK WAS NEVER WRECKED OR ABUSED IT WAS MY TRUCK I USED TO TOW MY 42' FOUNTAIN BOAT AND IT TOWED
IT LIKE A DREAM!!! THE TRUCK HAS A LIEN THROUGH FORD CREDIT THAT MUST BE PAID BEFORE THEY RELEASE THE TITLE. YOU
PURCHASE THE TRUCK AND YOU CAN TAKE POSSESSION OF THE TRUCK FORD WILL RELEASE THE TITLE WITHIN 2 WEEKS AND I WILL
FORWARD THE TITLE TO YOU OVER NIGHT MAIL! THE TRUCK CURRENTLY HAS A BOSS SNOW PLOW BRACKET INSTALLED ON IT THAT I
WILL REMOVE ONCE THE TRUCK IS SOLD.