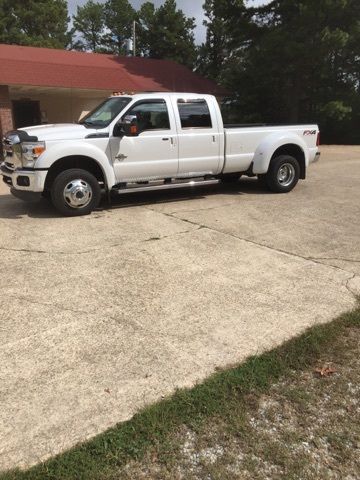 Send me an email at: eric.levison@zoho.com .

FX4 package. This truck has good rubber all the way around and ready to go to haul whatever needs to be hauled or take a family trip. Where to begin with this truck looking for a fully loaded truck but not the high price that goes with it?? This is your truck sunroof, navigation, backup camera, heated and cooled leather seats, power windows, seats, and mirrors. Pearl White in color sure stands out and is a clean truck. I have looked this truck over from A-Z there is not any scratches in the paint out side or in the inside normal where and tear or course. This truck drives down the road as good as any of them. The 6.7 Liter Powerstroke diesel is quite running and has plenty of power as well.