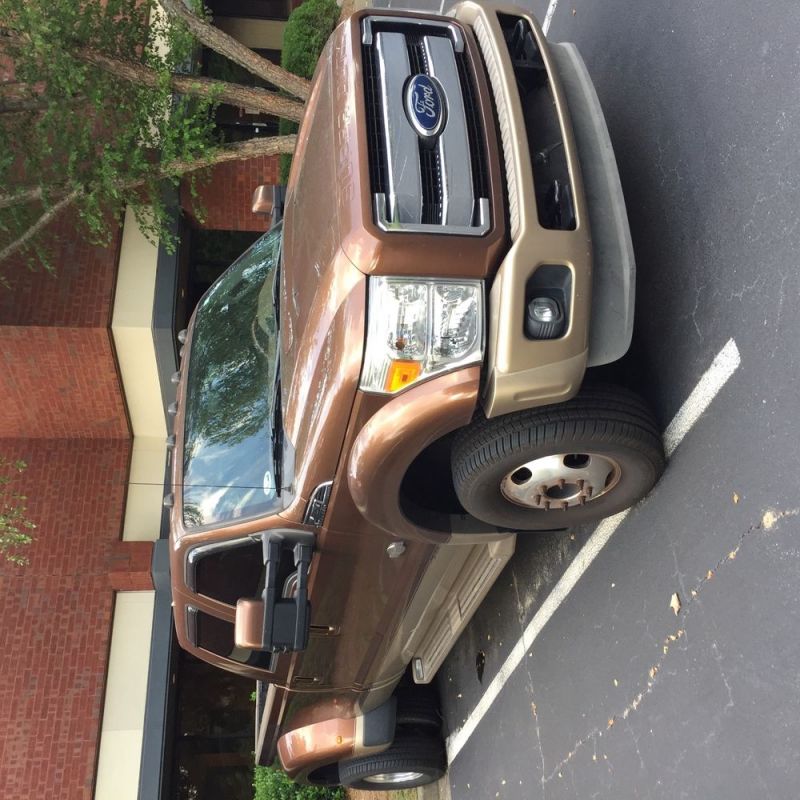 2011 Ford F450 King Ranch Long Bed Crew Cab 4x4 automatic 6.7 Turbo Diesel.
Fully loaded. Top of the line truck, cost over $70k new.
Has a few scratches on the right front wheel and missing hubcap.
The tailgate plastic liner cover is cracked on top.
(These 2 items are maybe $150 from Ford, nothing major)
Only 58k miles. Well maintained, runs excellent.
Has Michelin 285/70/17 tires with about 80% tread.
Has factory gooseneck hitch but never used.
Only used to tow a 3000lb trailer, so this truck was major overkill as it's capable of towing much more.
Very hard to find F450 in King Ranch edition.