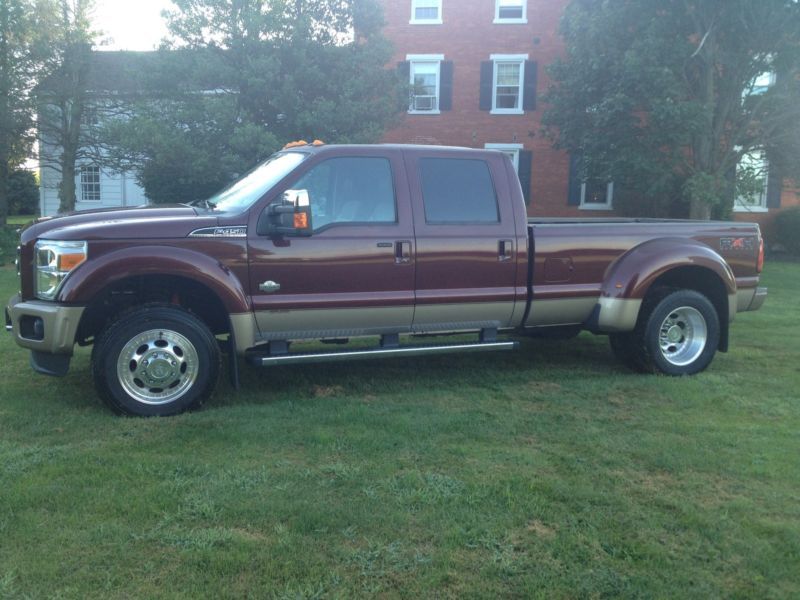 2011 Ford F450 super duty King Ranch addition Pick up.This truck is in excellent condition
with all service records from ford. It has air suspension and is all. It is set up for any kind of towing. It has
19/5 tires that are new as well as new brakes. It is loaded with all options.body is in excellent condition .There
are a few chips on rear wheel wells .Has bed Liner. It is a great truck for towing or just to drive.