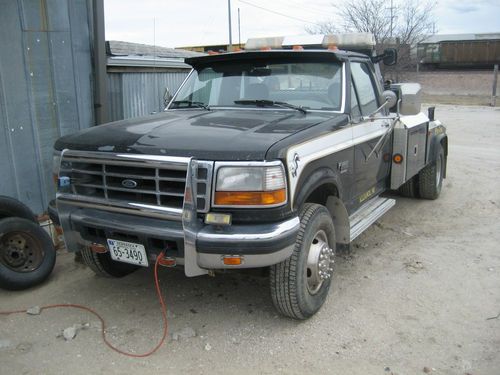 Here is a real good wrecker for someone that is getting in the business, or for your own hobby. The truck is in very good shape, the 7.3 diesel is plenty of power to go wherever you want to go. The automatic transmission has recently been serviced, the engine sounds good and starts right off. , tires are like new.  The wrecker is a Challenger Model 4800, with a 20,000 lift and 9000 lbs extended. No problems with the wrecker, also the truck has air storage tanks. and all the accesories.  For information on this vehicle please call 308-760-2025, please do not e-mail me with questions, I am selling it for a friend, so call 308-760-2025 for any questions or arrangements.  Thank you.