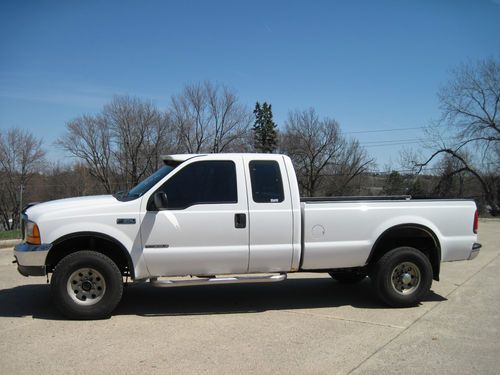 No Reserve Auction - Highest bid wins. 2000 Ford F350 SRW.  7.3L Powerstroke Diesel  XLT model with power locks and windows.  4x4  Automatic.  Matching LT285/75R16 tires. Truck starts and runs great.  The transmission feels like it should.  Truck is priced to sell with a low reserve.  Body is not perfect as you would expect with a truck with 229k miles, please see pictures for more description of vehicle condition.  I recommend any and all potential buyers to come look at the vehicle and/or ask questions before the auction ends.  Call text or email 7won2-too10-3200.