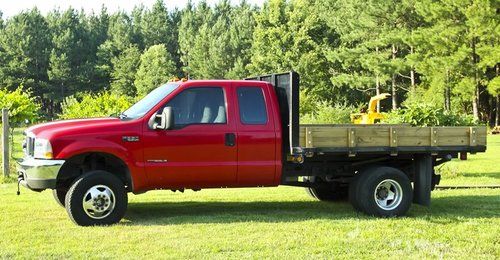 Late 1999 Ford F-350 4x4 diesel with manual transmission, dump body, and dual rear wheels. Vehicle is in very good condition and the engine runs very well - new injectors, rebuilt high-pressure oil pump, and minimal blow by. We are the second owners and have maintained the vehicle personally for the last several years. The body has a few dents, some rust, and the dump body could use a paint job. The dump body with scissors lift was added five years ago when we purchased the truck. The rear tires are in good shape, but the front ones will need to be replaced soon.