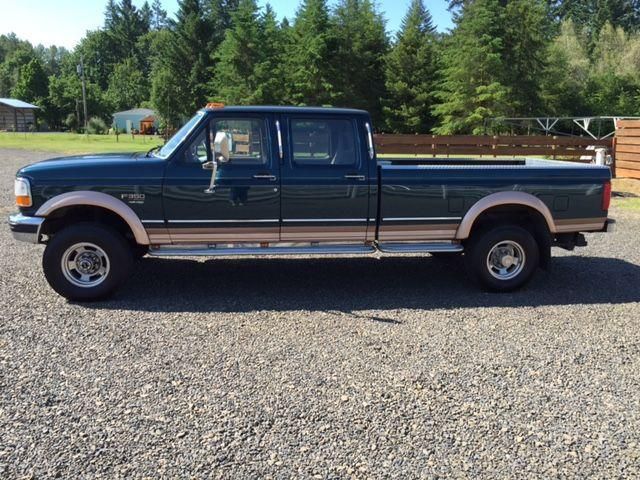 This is a very nice truck with pretty well every factory option you could get in 1996 and truck has always been stored under cover. Has new exhaust with exhaust brake and Edge four stage tuner. This truck is outfitted with the Roll Along Package that includes lit grab handles on the side of the cab, overhead cab lights, lit running boards, custom rear bumper, custom pin striping, custom driving lights in the grill just to name a few items. Has Kelderman air ride conversion system and B&W trailer goose neck hitch. The inside of the bed has no dents and preserved with a spray in bed liner. Comes with transfer tank in bed and combined fuel capacity is over 80 gallons. Tailgate and bed rails are caped in diamond plate. New Bushwacker flares painted to match. Has AC, Power steering, Power brakes, Cruise, tilt, AM/FM Tape deck, Power windows, door locks, Power seats, Tow package. Recent work done includes, New starter, cam sensor, fuel filter canister and regulator, Mass air, New fuel pump, New oversized injectors.