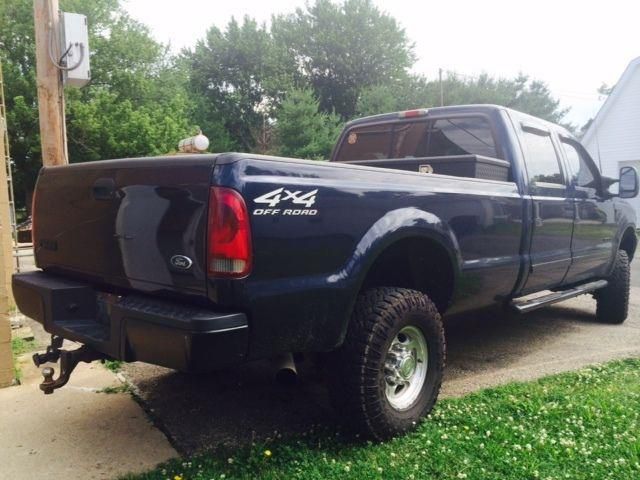 Pwr windows, doors, mirror, locks. 193,xxx Miles and still being driven. With that being said, I will also have vehicle cleaned for new owner as well. Truck came from Arizona 2 years ago. Prior to that, has never seen snow or salt. Truck has the normal wear and tear as it is 14 years old. All fluids have been changed with synthetic. New tires, most of the front end is new. New transfer case, new glow plugs, new power steering gear box, new yolks on drive shaft. Drive shaft was rebalanced, new rear pinion seal. Just about everything that would need to be replaced at this time HAS been done. It is ready for another 200,000 miles. There is a plow for this truck and is not included in price. If you want plow, we can discuss it. Truck was used last year only for a few residential properties. Pioneer App Touchscreen DVD Radio DP Tuner SB Intake Hot air intake delete High pressure oil Crossover Billet wicked wheel Turbo master wastegate Trans and EGT temp and Boost gauges Mile marker hub locks 4 in Turbo back exhaust with NEW up pipe to exhaust manifolds. Trans shift kit 4 in Lift Spray in bed liner with plastic bed liner on top 07 rear bumper Black Diamond Plate Tool Box.