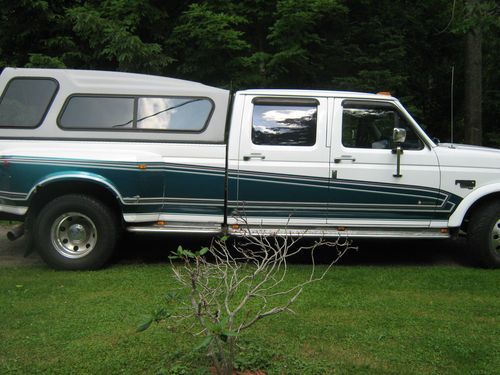 Condition: UsedA vehicle is considered used if it has been registered and issued a title. Used vehicles have had at least one previous owner. The condition of the exterior, interior and engine can vary depending on the vehicle's history. See the seller's listing for full details and description of any imperfections.Seller Notes:"Good Condition"

1997 Ford Power Stroke Diesel, Dually, Automatic, 3 fuel tanks, set up for 5th wheel. 308458 mileage. Good condition, leather interior, newer tires. I'm selling for my neighbor so I will answer any questions it just may take some time for me to respond. Call 585-466-3382 to talk to owner directly.