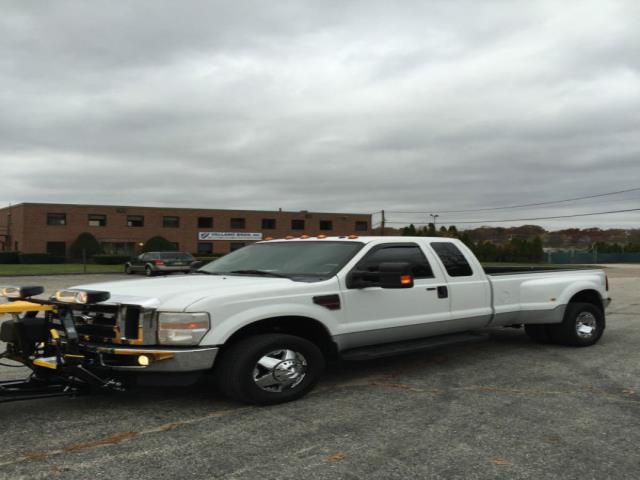 eMail me for more details : rogersunsuspectingly@netcourrier.com

2008 Ford F-350 Lariat Extended Cab Dually Diesel Pickup. 6.4 Diesel. Automatic. Dual Rear Wheel. This Truck is a lariat and is fully loaded with leather, climate control, power everything, premium sound system, and much more. The truck has beautiful after market 17 rims. Also, has 30% tint all around. The truck comes with a ,brand new 2015 model year, Fisher 8 Minute Mount 2 Plow. This plow was just installed a week ago and is ready to plow some serious snow. The truck is in great shape and was recently serviced. NO ISSUES. NO SMOKE. NO STORIES. The Truck has a ripped drivers seat, minor exterior scratches and dings, and some small SURFACE rust on the passenger side rocker panel, NO rot at all.