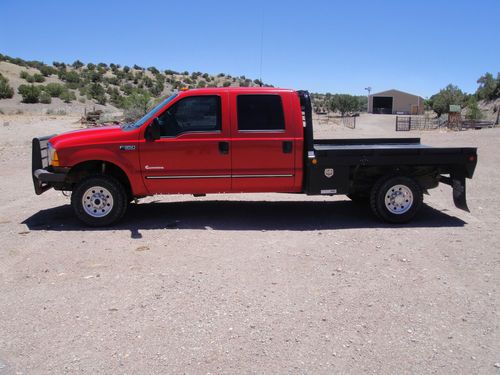 Truck has 96 5.9l cummins with 215hp p-pump.  Some of the mods include;
0-plate
4k gov springs
370hp custom injectors
Custom Camshaft
Oringed block
arp head studs
custom twin turbo setup, He351 top, s475 bottom.
5" exhaust
Airdog 2 fuel pump with filters
Valet switch
horton electromagnetic fan and clutch
Valair 600hp single disc ceramic clutch
zf6 tranny
Vintage air a/c heat system
Custom leather interior
Autometer phantom II gauges
Audiovox cruise control
Truck is a runner!!  Used as my daily driver.  Motor was pulled at 307k and rebuilt, that is when the twin turbo's were added.  Also put a stage 2 colt cam in, and oringed the block.  Turbo's put out about 55-60psi and around 600hp+  Havn't dynoed it but it will slip the 600hp clutch.  Truck pulls awesome with the twin's, stays nice and cool on the pyro.  Body has a few little dents and dings, scratches, but nothing to major.  All the gauges work, cruise works.  Vintage air hot rod ac system has a leak, as you have to add a can of r134 every couple weeks.  But it blows ice cold when charged.  Heater work good.  Toyo MT's are about half gone.
Awesome one of a kind truck that needs a good home.  Sold as is.  Call or email with questions 575854two16two,  caspurgeon@hughes.net