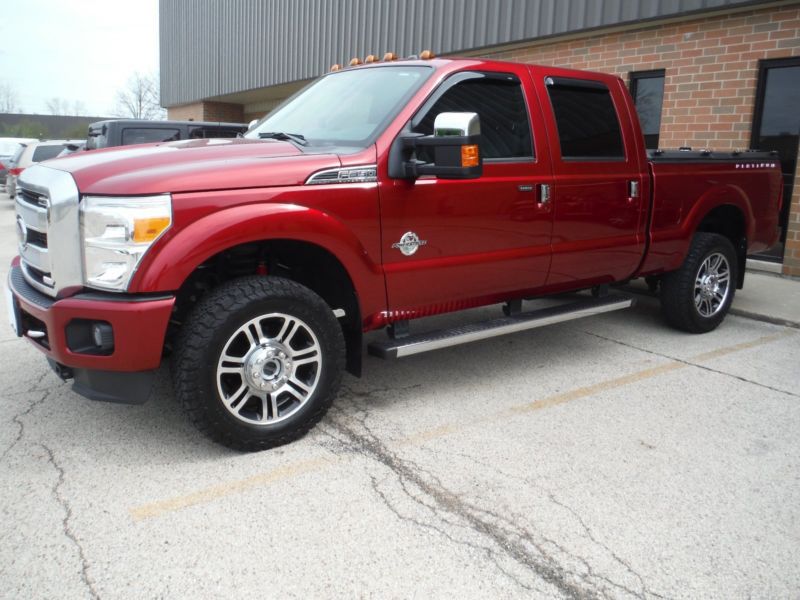 2015 Ford F-350 XLT PLATINUM . I changed the tires from the Michelins to the BF
Goodrich All-Terrain KO2's, same size as the factory tires. Tires were changed at 9300 miles, I put on the window
vent visors. Added the rear fender liners, had the rear doors and back glass tinted over and above the factory dark
tint. The box is sprayed with line-x and also has a bed mat. Added the Diamond Back Box cover, this is a really
cool system, it locks along with the tail gate, so everything in the box is secure. Installed the weather tech
splash guards. Inside installed the Weather tech floor liners front and rear. The Western Snow Plow is the Ultra
Mount 8 Foot, Contractor Grade with the snow deflector and guide stick options. Plow has been stored inside and
has only been used a couple times. It has every Ford Factory option available at the time of purchase. Has the
remainder of the 3 year 36,000 mile bumper to bumper warrantee. It has only been serviced by the dealer at every
5000 miles, oil, filter change, DEF top off and tire rotation.