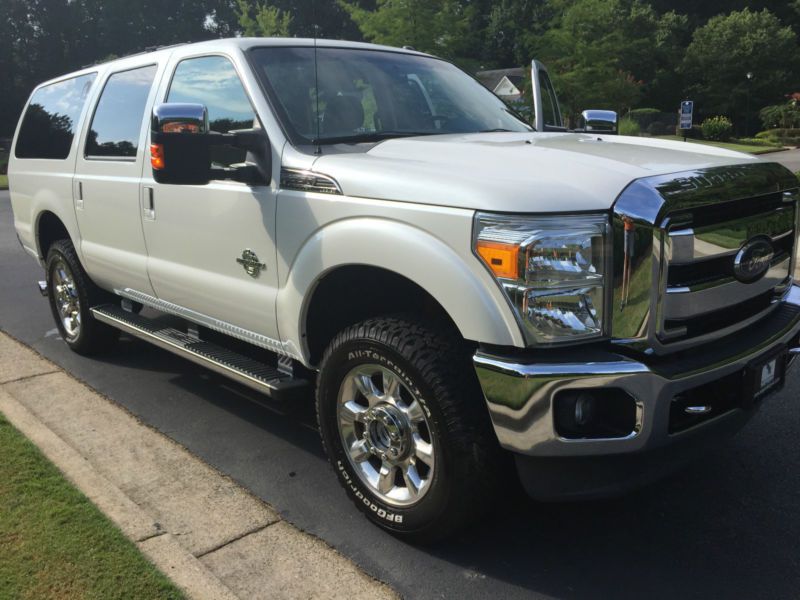 DSI Auto Sales, LLC is very pleased to present this 2011 SUPERDUTYEX. This is vehicle started its life as a F350
crew cab pickup truck. MD Customs, LLC then converted it to a SUPERDUTYEX! This one was converted for one of the
owners and has a lot of extra options that do not come on a standard SUPERDUTYEX. As a matter of fact, it has over
$6,000 worth of upgrades that do not come on a standard build. This truck is completely loaded. It has the
options which include but are not limited too:
1) Heated and Cooled seats
2) Backup Camera in the rearview mirror
3) Navigation in the rearview mirror(upgrade)
4) Power Windows
5) Downhill Decent Control
6) Power locks
7) Cruise
8) Front and Rear AC and Heat
9) Factory FX4 package(decals are available if desired)
10) Bucket rear seats(upgrade)
11) Heated rear seats(upgrade)
12) Adjustable rear shocks(upgrade)
13) LED rear lights(upgrade)
14) Oversized roof mounted DVD player(upgrade)
15) Premium carpet(upgrade)
16) Premium Pearl White paint(factory upgrade) which is rare in these trucks.