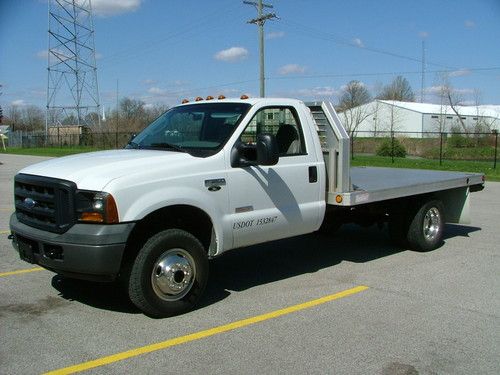 Nice 2006 F350 4*4 with 12' alum flat bed.  One owner and very well maintained.  6.0 Diesel.  Just had all new injectors installed by ford dealer less than 200 miles ago.  Nearly new tires.  Runs great.  Has small rust spot on bottom of door and a small tear in passenger seat.