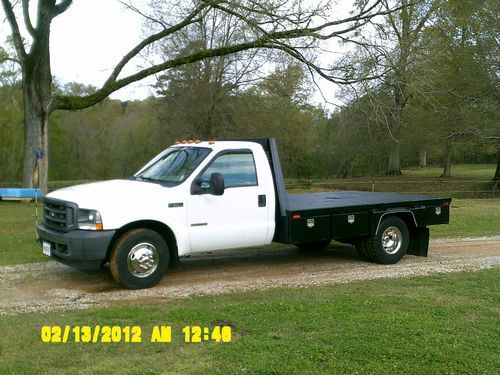 2003 F350 XL with nice 11 ft. flatbed. The bed has 3 boxes on both sides with gooseneck hookup.Tires are 75%.Truck runs great and drives like a new truck,it has a 6 speed transmission,no leaks completely dry underneath.Missing one chrome ring on the back.