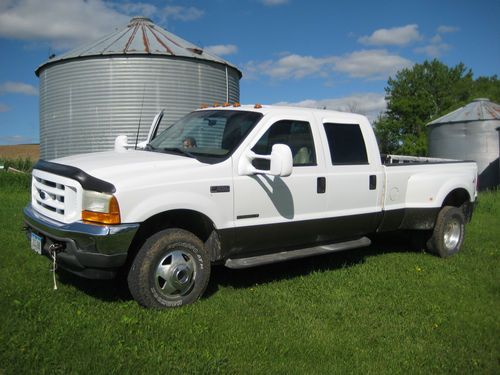 2001 ford f350 crew cab lariet 7.3 diesel 4x4 175,500 miles. new in the past month new u joints, front brakes, foot pedal assembly, serpentene belt and tensioner pully, alternator, 2 interstate batterys, glow plugs, injectors, rebuilt transmition. 4x4 works great, will trust this truck to go anywhere, it has a fith wheel hitch, extendable mirrior the two front seats have the leather tore. It does have  alittle rust on the bottom and some chips here and there, can help meet for delivory. any question call or text 563-880-8401 oh and the ac blows nice and cold