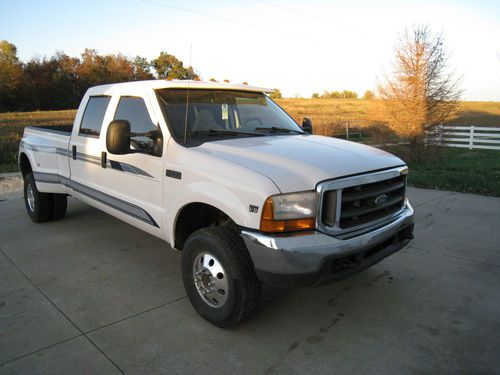 This low mileage truck is very nice and has been well taken care of.  Two previous owners both from MI and one of them only owned it about 6 months.  Most of the trucks life it was owned by a retired couple to pull a travel trailer.  It only has 98,339 miles and runs great.  I would not be afraid to take it anywhere in the U.S. or Canada tomorrow.  I have replaced the brake lines, all four power door accuators, new aluminum wheels, added a Superchips programmer for increased power and fuel economy and it has a brake controller.  The tires are at least 80% and the front ones are more like 90%.  The only thing I know the matter with the truck is a dent in the front bumper, a slight spot or two of rust on the front fender, a hair line crack in the trim at the bottom on the passenger side dual rear wheel fender and a slight dent in the tail gate.  It is a really nice, hard to find truck with the outstanding 7.3 diesel engine with low miles.  Please feel free to come inspect.  Seller can meet the purchaser at the Kansas City, St. Louis, Columbia or Springfield airports upon purchase if from out of town.