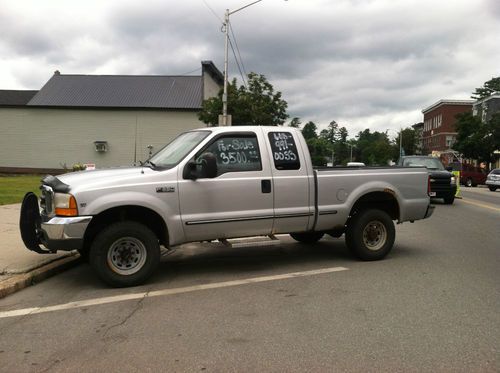 Condition: UsedA vehicle is considered used if it has been registered and issued a title. Used vehicles have had at least one previous owner. The condition of the exterior, interior and engine can vary depending on the vehicle's history. See the seller's listing for full details and description of any imperfections.Seller Notes:"ITEM IS PRE-OWNED RUNS EXTREMELY SMOOTH!! OUTSIDE HAS REGULAR WEAR AND TEAR FOR NEW ENGLAND, PLEASE SEE PICS AND ASK FOR DETAILS IF UNSURE!"
1999

ITEM IS PRE-OWNED
RUNS AMAZINGLY SMOOTH!!
OUTSIDE HAS REGULAR WEAR AND TEAR FOR NEW ENGLAND BUT FOR DETAILS PLEASE SEE PICS OR IF NOT SURE JUST ASK!