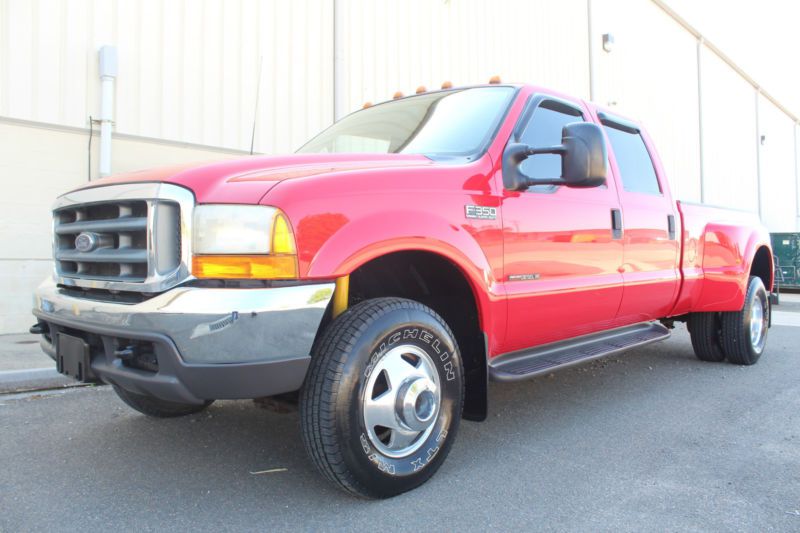 Feel free to ask me any questions about the car : andyattortolano@ukdevelopers.net .

1999 FORD F-350 CREW CAB LARIAT 4X4 DUALLY ONE OWNER WITH ONLY 37K ORIGINAL MILES…
THIS IS A NON SMOKER ONE OWNER IN LIKE NEW CONDITION. IT IS ALL STOCK INSIDE AND OUT AND LIKE DAY ONE! NO FIFTH
WHEEL HOOKUP IN BED. IT DOES HAVE TRAILER HITCH HOOKUP. YOUR LOOKING AT A LIGHTLY USED 7.3 DIESEL DUALLY. THE
INSIDE IS VERY CLEAN ALMOST LIKE BRAND NEW NO RIPS,TEARS, OR BURNS. LEATHER IS IN GOOD SHAPE LOOKS LIKE NO ONE EVER
SAT IN THE BACK SEAT. THE PAINT IS IN GREAT SHAPE AS WELL MAY HAVE A HANDFUL AT MOST OF SMALL CHIPS ON TRUCK. LOOKS
LIKE SHOWROOM FOR BEING 17 YEARS OLD. IT DOES HAVE A SPRAYED IN BED LINER AS WELL WITH ALMOST NEW MICHELINS AND NEW
SHOCKS. IF YOURE LOOKING FOR AN ALMOST NEW 7.3 HERE IS YOUR OPPORTUNITY! MY LOSS IS YOUR GAIN THERE IS PROBABLY
LESS THAN TEN OF THESE WITH THESE MILES IN THIS CONDITION LEFT IN THE COUNTRY.