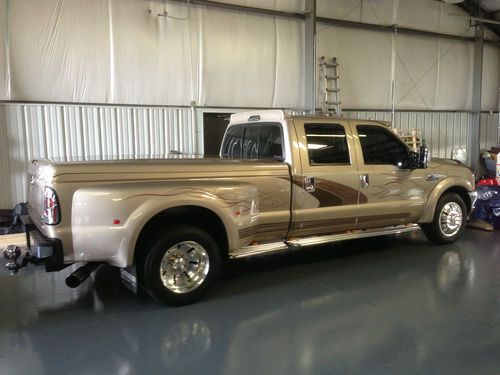 One of a kind collector truck! Custom paint and interior! All the bells and whistles including a REAL train horn, alarm w/remote start, custom APC forged one piece aluminum wheels,gauges, auto idle control, towing brake controller, overdrive etc. Too much to list! Must be seen to appreciate. ALWAYS garage kept on can be seen in the garage. Don't miss this as a truck like this will cost about $100,000.00 due duplicate with current pricing! This truck has been well taken care of and low low miles. PLUS is have the best diesel motor that Ford has ever made to the power train! 7.3 Powerstroke. Original owner! The ULTIMATE tow vehicle