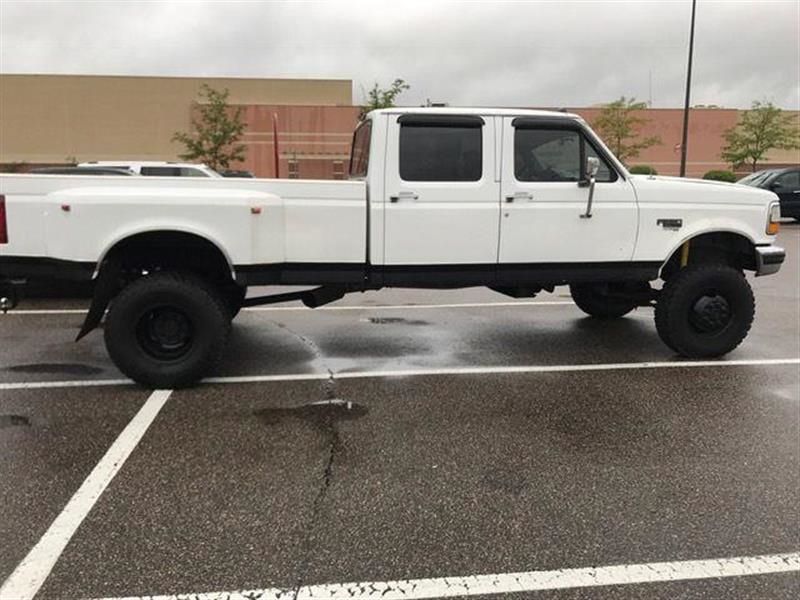 My eMail : FrankGoins714039sbb5@yahoo.com Will organize and select shipper and will pay for half of shipping upon paymentto winner!!!!!! Good luck! Relisting due to ghost bidder. If you have zerofeedback or have any questions please ask first prior. Wow! Rare 1997 ford f350dually 4" lift with only 187k miles! 4wd, extended cab dually.Has been wellkept, minor areas of surface rusts. Plenty of new parts replaced.Winter startupno problem. Will throw in extra new parts from Napa.New batteries, driveshaft,all 6 new Cooper ST's, Air Raid Filter, All parts replaced with OEMMotorcraft as best possible. Have new set of Motorcraft glow plugs as well tothrow in. Wanted to completely remodel the truck but have no time. Needs a goodhome. This is not a rust bucket or junk. This is a strong beast with plenty ofpower, good looks and very spacious for family trips. Needs a good paint job,but I drive it as is.**These 97 7.3 power strokes are collectible and will onlygo up in value. XLT power group with power windows power locks after marketradio and indoor speakers. ******