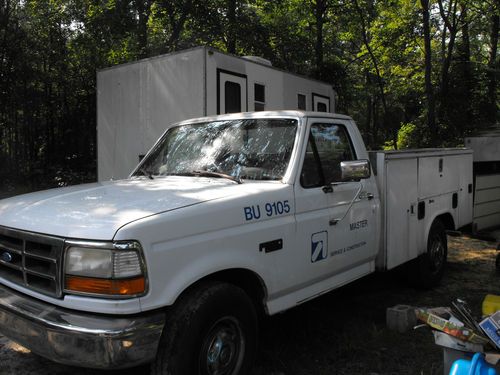 I have a 1997 f 350 ford utility body truck for sale. it runs and drives great. There is a very slight value tap. And it will only run on the back tank.and the very end of the shift knob is cracked..IT is a f 350 with single wheels.IT has a 5.0 engine auto.The truck is in Leesburg. Come down a take it for a test drive. IT has about 183,266 on it. Almost due for first service. IF you have any questions call or text me Jim 609 425 3804. down payment due within 24 hrs, full payment due within 3 days.