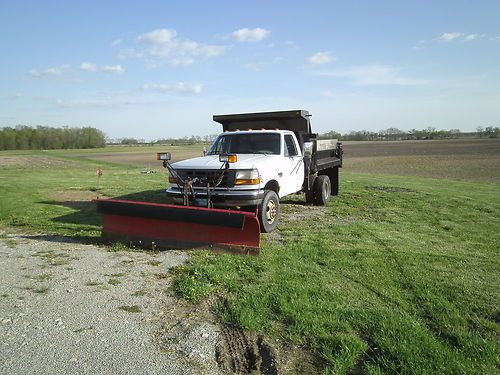 RUNS AND DRIVES DECENT 7.3 POWERSTROKE USES/LEAKS A LITTLE OIL,NO BEAUTY QUEEN ,RUST IN MANY PLACES, DRIVES DOWN THE ROAD DECENT,NEEDS BRAKE WORK,AND SOME TLC,SELLING AS IS NO RESERVE YOU TAKE WHAT YOU GET