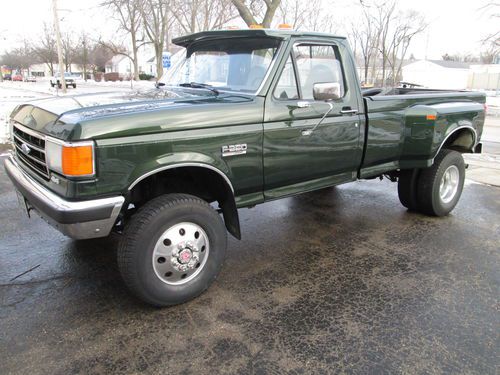 I have a very nice F350 4x4 up for sale.  The truck is very clean, it has a little rust in the back wheel wells but the cab is spotless, all original or ford sheet metal.  It features alcoa aluminum wheels, dana 60 king pin front axle, and is very sharp looking.  I do not know alot about the history of the truck, it could use tires, and the rear gas tank leaks a little. Drives very nice and was taken very good care of.  I will help with shipping if needed.