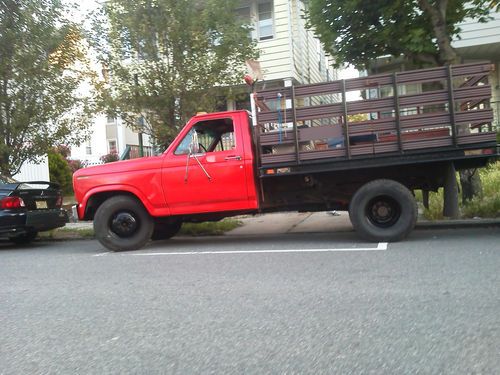 Condition: UsedA vehicle is considered used if it has been registered and issued a title. Used vehicles have had at least one previous owner. The condition of the exterior, interior and engine can vary depending on the vehicle's history. See the seller's listing for full details and description of any imperfections.Seller Notes:"A/C needs to be charged."

4 Speed with Granny Gear all stakes.

Complete motor rebuild (6 months old). The truck needs the A/C charged, but other than that everything else works fine. It has a great sound system (Alpine and Bose).

Available for pick up only. Will not relocate or help ship.

Paypal or Cash only.