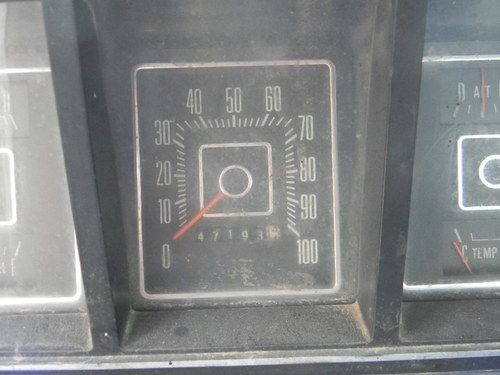 Engine runs very well, transmission is good as well. 90% of the tread is still on the tires, the frame is in good condition. The floor pans need to be replaced on both sides, also the radiator needs a cleaning . The truck has been in our family since it was new.