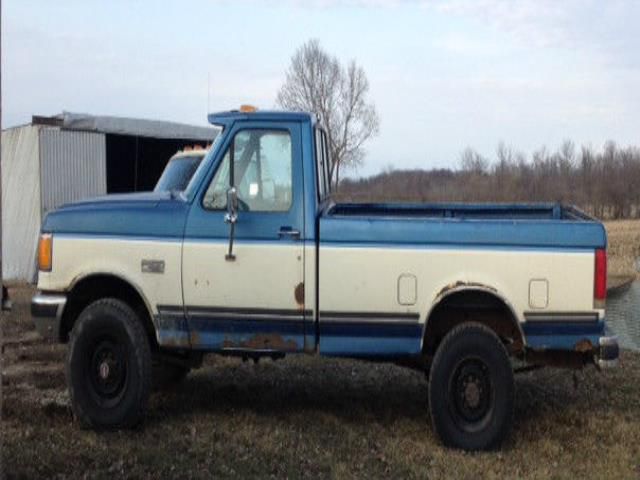 Here I have a 1990 Ford F-250 XLT Lariat Standard Cab Long bed with a 5.8L engine and a E4OD Automatic Transmission.