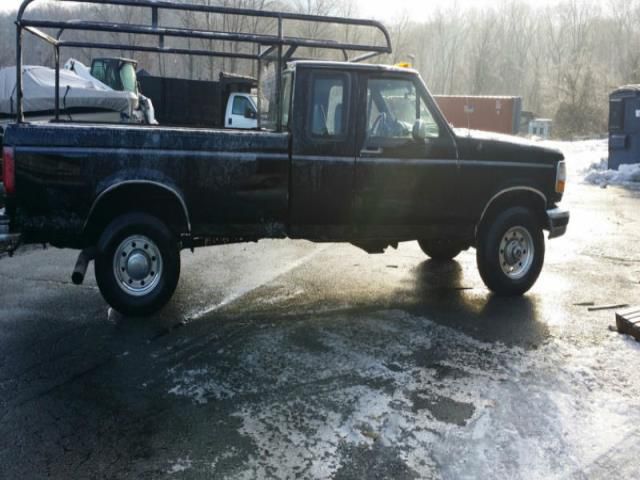 7.3 Diesel engine and automatic transmission has approximately 35,000 miles on them (we have the receipts). The interior headliner, front seats, and floor mat were re-upholstered. Truck was painted in 2014. Truck has 2 diesel tanks. Dependable, strong running truck. Snow plow front mount bracket included .