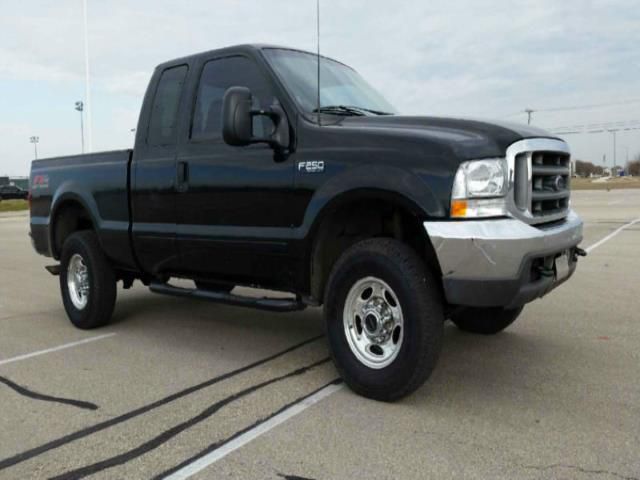 2001 F250 Ford Diesel 4x4 ext cab, the truck is in excellent condition, straight and rust free, the truck was a flat bed when I bought it and has been put back in order as factory but the bed I purchased is a dark green almost black and blends okay with the black truck, no paint work has ever been done and paint is in great condition. The interior is a 9 out of a 10 with a small tear in the side of the drivers seat. The front of the transmission at the seal has a small leak. That's all the bad, the good, solid truck, 7.3 diesel, not a dent on the truck, interior is in great condition. The a/c and heat work great, the truck has recently had a full service, I use to be an advisor at Ford and very meticulous on maintenance on my vehicles. Everything works perfect on the truck .