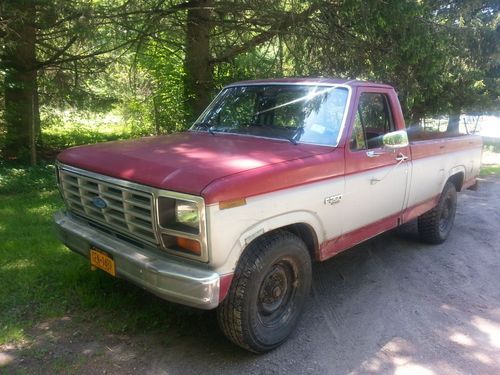 Here I have a 1985 F250 6.9 diesel, great running truck, drives, and shifts smooth, has no issues. Its originally a Pennsylvania truck so no major rot, floors in tact no holes, interior is in great condition for a 85, has new ball joints, tie rods, the entire front suspension, twin batteries, and a new starter, was my daily driver (will pull a tank) but I just purchased a F350 dump its better for me on my property, so I have to sell this one. Truck ken be seen 7 days a week, (ken be test driven) if you have any questions call (845) 428-2445