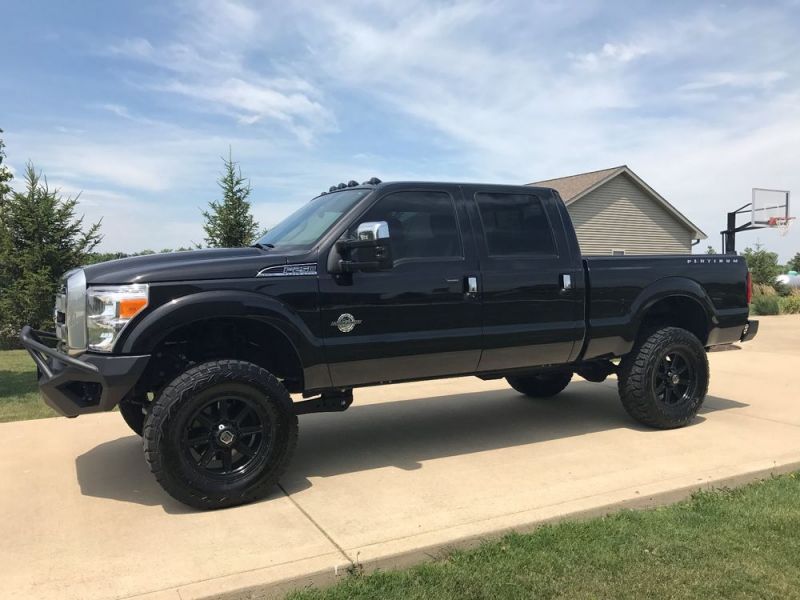 I am always available by mail at: maurombborkholder@clubaprilia.com .

2015 Ford F250 Superduty 4x4 Crew Platinum
Overview
· Up for sale is my 2015 Superduty in tuxedo black metallic with black leather. Purchased brand new from
local Ford dealer in June of 2015. All service has been done by this dealer and is on record. If you are looking
at this, then you know all the details of the truck and what it has to offer. Unbelievable. I have slightly over
50K miles that are ALL highway to/from the airport.
· All options included and offered: Sunroof, SnowPlow Package, Block heater plug in, Extra battery, Dual
alternators, Heated rear seat, Wheel well liners, etc. Warranty for powertrain and roadside assist still within
mileage/years.
· I’m only selling to upgrade to 2018. CLEAR TITLE IN MY HAND.