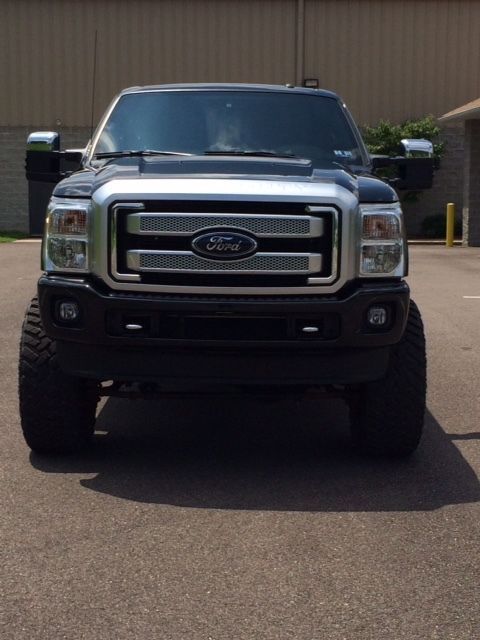 Truck is completely loaded with every option even offered by Ford. Inside is nicely equipped with Weather Tech mats
front and back. The 6.7 Diesel engine has 8,657 miles. This beast sits in mint condition inside and out. Has one
spot on the front bumper where you can see a couple hair line scratches but nothing very noticeable or that stands
out. The truck is garage kept and only comes out occasionally. Very well maintained and cared for. It has 8 inches
of lift with 22X12 inch Fuel Mavericks wrapped in 37 inch Nitto Trail Grapplers with about 600 miles on them. Truck
rides and drives like it's not even lifted, I was very impressed myself. Has a sprayed in bed liner with a lifetime
warranty. Tail lights along with the 3rd brake light have been candied with a flawless finish. Truck is also
equipped with 10k HID headlights and fog lights. Pictures don't do this truck justice, truly a head turner.