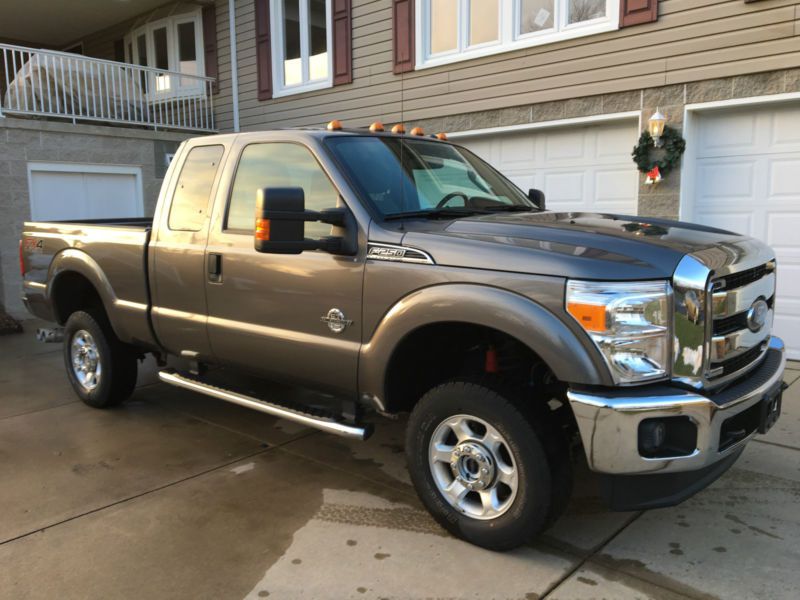 2014 Ford F-250 Super Duty. This truck has a 6.7L Power Stroke diesel engine, four wheel drive,
an extended cab, and a 10,000LB GVWR package. I am the original owner and am selling it because I no longer have a
use for a truck. It was driven lightly and used to pull a 3,000lb boat a few times over the summer. The interior is
very clean as is the exterior and underneath. It still feels and smells like a new truck and would be a great
opportunity to get a diesel truck at a low price. There has been nothing altered and it is completely stock. The
truck has the following options:
6.7L Power Stroke turbo-diesel (440 HP, 860 LB-FT)
6-way power front seat
Tilt / telescopic steering wheel
Power adjusting pedals
Traction control / downhill assist
Sirius XM radio
Power windows / locks, remote keyless entry
Included is about two quarts of oil and several gallons of DTF and the funnel to fill the tank. Thank-you for
looking!!!