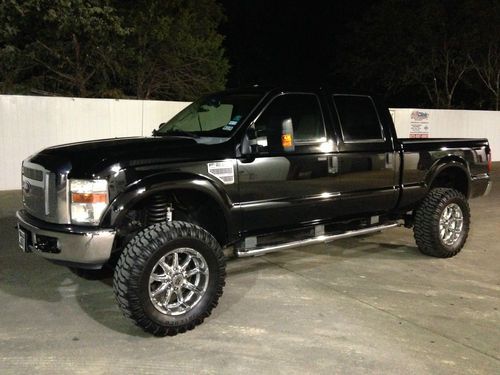 Condition: Certified pre-ownedTo qualify for certified pre-owned status, vehicles must meet strict age, mileage, and inspection requirements established by their manufacturers. Certified pre-owned cars are often sold with warranty, financing and roadside assistance options similar to their new counterparts. See the seller's listing for full details.Seller Notes:"This truck is in very good condition. The 6.4 liter Diesel engine is a powerhouse. The automatic transmission shifts flawlessly. This truck has always been dealer serviced and has always used premium Amsoil. The paint is in great condition with minimal scratching. It has a very deep reflection quality and was treated with a sealant when purchased and maintained with wax Twice a year. There is a small thumbnail sized scratch on the passenger door. there is also a small ding the size of a quarter on the driver rear fender ( easily accessable for dentless removal -- paint is not damaged). Average wear on drivers seat and steering wheel. This truck has been babied. There is a big difference in easy miles and hard miles. Most of these work trucks were used to tow. This one has had easy highway miles -- never used to tow a heavy load, never abused, never used offroad. The undercarriage is as clean as the rest of the truck. This truck will not dissapoint. The tires have 95%."

Powerful 6.4 liter diesel engine
automatic transmission with tow mode
6 inch Pro Comp lift
37 inch super swamper m16 tires with 95% tread
116000 very pampered miles
-always used amsoil
-never been smoked in, offroad used, used to tow anything more than a small garden trailer, and never abused -- these were easy miles.  you may find several trucks here with less miles but consider what they have been used for -- this one was bought for the look ( not to tow)
This truck is hard loaded -- every available option when it was made.  The only thing it does not have is navigation and a sunroof.  Not a dealer in the country had those two options when I purchased this truck
I am sure I will forget several options but here are some of the highlights
-heated seats
- 6 way power leather seats
-keyless entry
-telechromatic rearview mirror
-daytime running lights
-power rear sliding glass
-memory seats
-towing package
-traction control system with on/off switch
-4x4 with locking front hubs
-power folding and telescopic mirrors -- also heated
-adjustable foot pedals
-trailer towing brake
-back up alarm
- dual air control
-4x4 offroad package with skid plates
-chrome tubular running boards
-stowable bed extender
--body side protection moldings
-tailgate step
-aftermarket dvd player
-sirius 6 disc audiophile sound system with sirius sat
-homelink
-3.73 gears
-6 inch pro comp lift
-37 inch tires on 20 inch xd wheels ( wheels have some pitting) Tires have 95% life and warranties from 4Wheel parts and Performance
- aftermarket Banks cat back exhaust with Chrome tip
Lift and all components were installed by 4Wheel parts and Performance
Like I said I am sure I have forgotten several of the options
I have the accident free title in hand,  all manuals, window sticker and both keys
THIS TRUCK WILL NOT DISAPPOINT