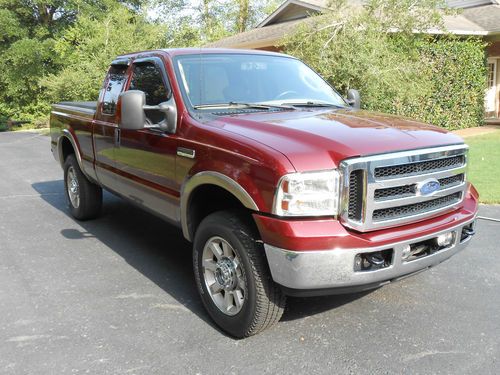 Condition: UsedA vehicle is considered used if it has been registered and issued a title. Used vehicles have had at least one previous owner. The condition of the exterior, interior and engine can vary depending on the vehicle's history. See the seller's listing for full details and description of any imperfections.Seller Notes:"The vehicle is immaculate with only a couple small blemishes. See photos."

This is a very clean 2 owner truck I bought for my wife because she wanted a truck. She picked it out and when it arrived she has now decided it's too big for her. Once sold, I will begin to look for a ranger. The vehicle is immaculate with only a couple small blemishes. The interior is as new. It run, drives and function like a new vehicle. A K&N air cleaner and lower restriction muffler have been added. it's throaty but not loud. Please examine the photos and if you have questions, call 501-262-8565. Thanks for looking and good luck bidding. I do have an autoCheck report verifying no accidents and correct mileage.