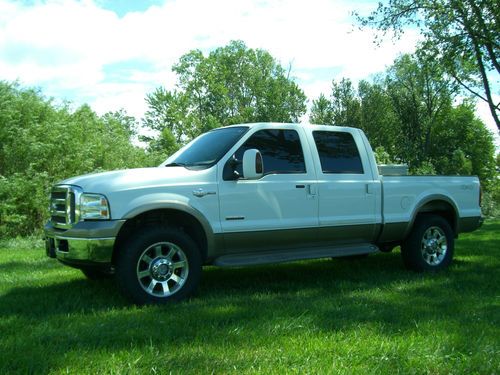 6.0 Liter Diesel, Automatic Transmission
35 inch Pro Comp Tires on Factory Ford 20 inch wheels
Saddle brown leather interior
Sunroof
Power Sliding Rear Window
Tinted Windows
DVD Screen in the headrest of the drivers seat
The only reason I'm selling the truck is that I now have a company truck so there is no reason for me to keep this and let it sit all the time. Truck has just recently had a new starter, alternator, and high pressure oil system installed in past couple months.
Truck is for sale locally, so i do reserve the right to stop the auction at any time. Call 574-527-3020 with any questions about the truck.