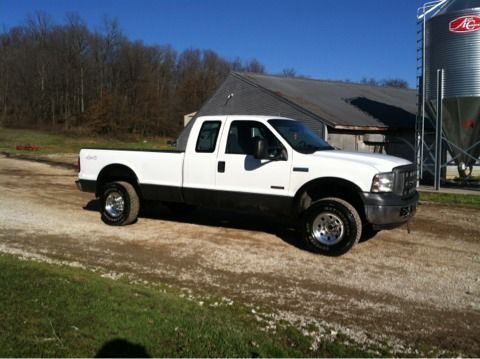 I have for sale a 2005 ford powerstroke diesel 4x4 the truck runs and drives great with no problems has 285 tires that have some life left in them. No rust shifts great. Has 286k body is decent worst spot in on the drivers door as in pics has some dents and scratches. It does not have a radio in it is the only thing it needs. I cleaned the egr valve changed all fuel filters and oil less that 100mi ago. call or text anytime 812-709-0723 Thanks