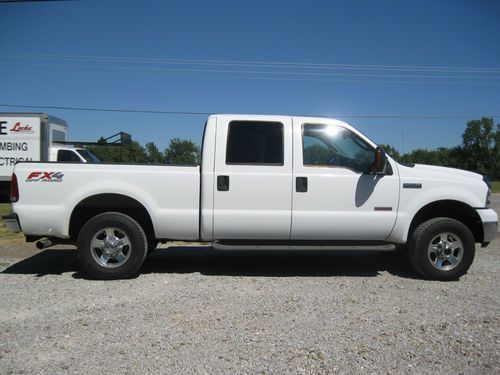 This is a very clean 2005 Ford F-250 Crew Cab Lariat Diesel Truck. It is a 4X4 The A/C blows very cold and everything on the truck works they way it should. If you have any questions or would like me to send you different photos then what I have please give me a call at 405-255-1540