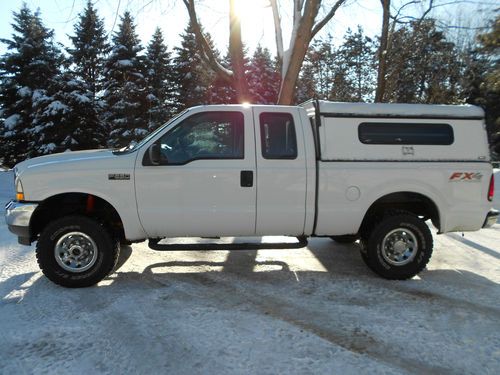 Condition: Used: A vehicle is considered used if it has been registered and issued a title. Used vehicles have had at least one previous owner. The condition of the exterior, interior and engine can vary depending on the vehicle's history. See the seller's listing for full details and description of any imperfections. ...
2004 Ford F-250 XLT  4x4 FX4
Truck has the 5.4L gas engine with 189,xxx miles, automatic transmission, automatic locking or manual locking hubs, power windows, power locks air, tilt cruise
NEW load range E tires
Truck will also come with the A.R.E. topper, and tailgate.
Truck runs great, needs nothing.