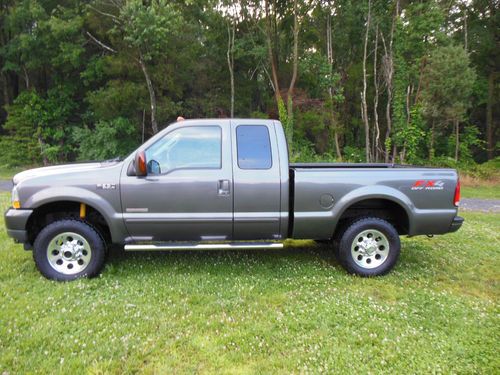 This truck has new rotors and pads front and rear, new batteries, and new shocks. All have less then 1000 miles on them. Tires are about 70%. In March last year I installed a sinister upgraded egr cooler along with a new ford updated oil cooler. I also installed a low mileage turbo off of a new 6.0. The interior is very clean, and there are no rips or wear marks. This is a third vehicle and doesn't see much use these days. I use it to take garbage to the dump once a week and cant justify letting it sit around any longer. It would make an excellent work truck or daily driver. This vehicle has never seen a programmer or any performance adders except the exhaust. I have owned the truck since 2005. Oil changed every 5k with rotella. This truck does have a dent in the tailgate and rear bumper, and has some bubbles starting to show around the rear quarters from rust.

I will not ship or let the truck go until money is in hand or in the bank and cleared.