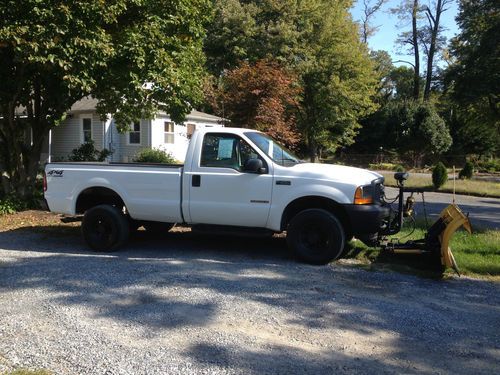 Condition: UsedA vehicle is considered used if it has been registered and issued a title. Used vehicles have had at least one previous owner. The condition of the exterior, interior and engine can vary depending on the vehicle's history. See the seller's listing for full details and description of any imperfections.Seller Notes:"Truck has minor scratches, dents relative to age. You can see details in pictures. Truck is in good condition"

2001 Ford F250 XL 4x4 diesel 7.3 liter.  Excellent mechanical condition.  Body is straight.  plow works great.  NO rust, leaks, or smoke!  Very clean.  MD inspected!  Ready for work.  Tow hitch.  Truck is being sold locally and I have the right to end the auction at any time.  Truck is sold AS IS, no warranty.