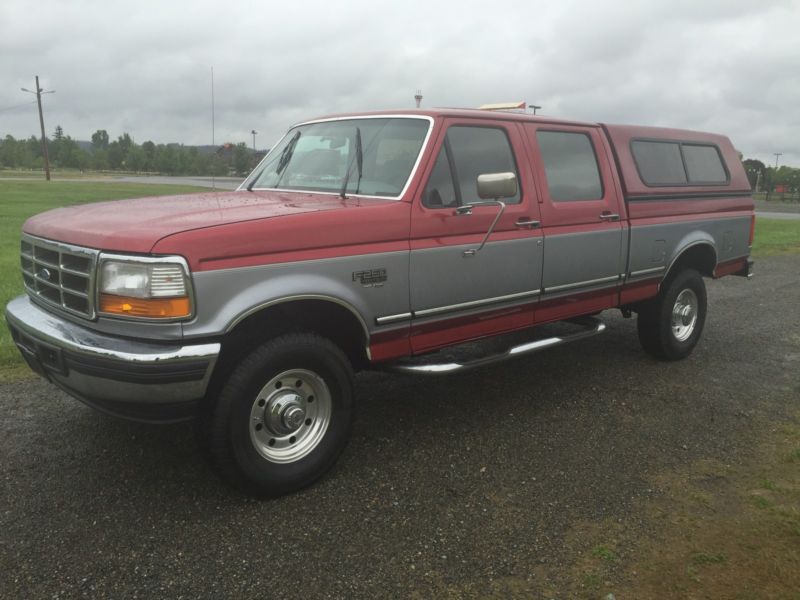 For more pictures email at: ashleighazzacharewicz@ukhot.com .

LOW MILEAGE 2-OWNER CARFAX Certified and Accident FREE 1997 Ford F-250 CREW-CAB SHORT BED 4x4 with a 7.3L
Powerstroke Turbo Diesel Engine and 4 Speed AutomaticTransmission. This truck starts great, runs awesome and has a
lot of power. With only 141,875 original the powerstroke motor sounds great and runs solid like a brand new one,
The transmission shifts great in all gears and feels solid, like a new one. This truck looks like new and has been
kept inside of a GARAGE intire life! This truck has been very well taken care of, both mechanically and
cosmetically. This F-250 comes with the XLT trim that comes with the following options: gray fabric seats, power
windows, power locks, factory radio AM/FM with cd, factory tow mirrors, chrome bumpers and much more.The exterior
is in excellent shape (1 very minor ding see picture.) this trucks has been in washington state its entire life
rust free!!!!!