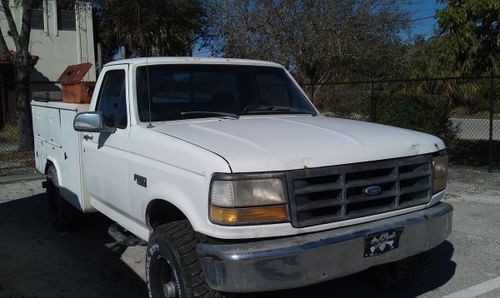 This Truck is a great service vehicle. Has toolboxes on both sides, Diesel engine. Interior is dirty and shows well use. This is a project truck as it sat for 9 months. Batteries and cables were stolen. Will need to be towed out. Tires are aired up and ready to go. Need to sell to avoid paying storage or I would just keep it and work on it.