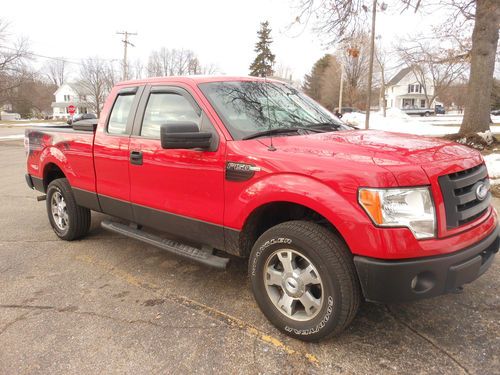 I am selling my 2010 Ford F-150 STX because I am moving into the city and no longer have need for a full size vehicle. The truck is in showroom condition. The vehicle has no dings, scratches or chips in the exterior with a spotness interior. This truck drives great and has no mechanical problems.

In addition to the standard features below, this truck includes: