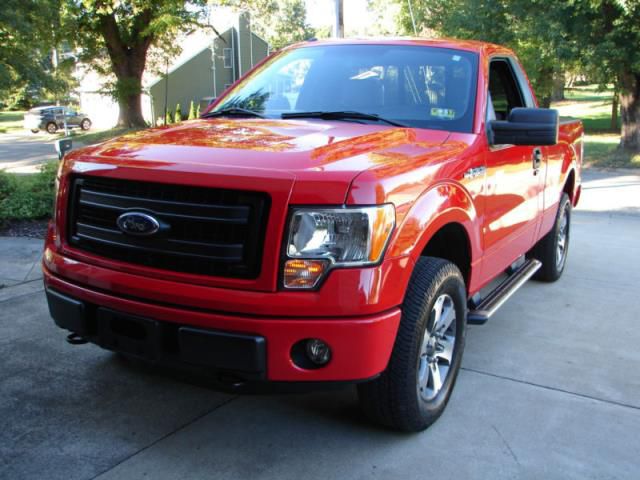 I purchased the truck new from MId-State Ford in Summersville, WV on April 13, 2013 and have the original window sticker. I am the original owner and the truck has always been garaged and never off road or mudded and almost all mileage is interstate driving. The truck has an Undercover tri-fold bedcover, Electronic Lock RR Axle and I added a Ford Power Rear Window. The truck has been trouble free and still has some remaining drive train warranty. I keep the oil changed at regular intervals and do all required service. The car came with a trailer tow package but I have never used it for hauling any heavy loads such as boats, campers or vehicles. Finish is bright and shiny and the truck gets lots of complements. The only reason I am selling the vehicle is to purchase another truck that is lower to the ground so my elderly mother can access the truck. I will try and answer any questions that I am asked.
Email me at : hoffcharliehre@mynet.com