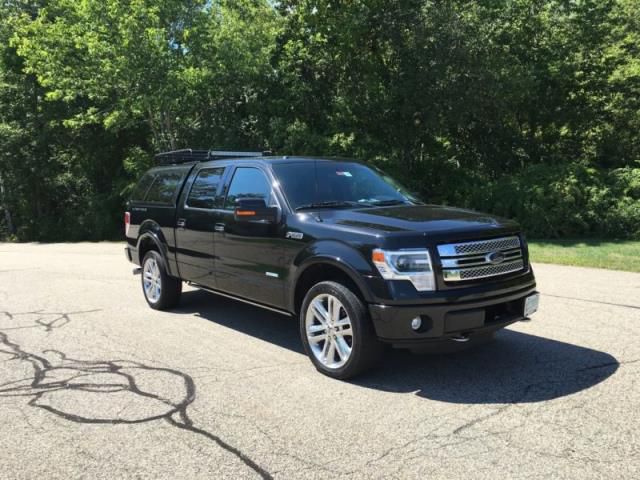 Recently got another car, so no longer need this one. My bank has the title, so the payment would be sent to them. I bought this brand new from my local Ford dealership in NH and I absolutely love the truck. It has 64,792 miles on it. Tires are in good condition. Installed from Ford Dealership on 1/20/15 and has about 23k miles on it. CarFax available. All maintenance work has been done at the Ford Dealership. Base description can be found thru googling or going to auto blog sitesThings I have added:5yr/100k Mile Extended Warranty thru EasyCare(purchased at the dealership)- It has the TotalCare coverage- Warranty ends 5/16/18(I have all the paperwork and it can be transferred to new buyer)Ford OEM All-Weather floor mats(front and back) RED/BLACK, UNIQUE LIMITED LEATHER SEATS Heated and Cooled Front Seat Bucket Seats Satellite Radio Steering Wheel Controls Trailer Hitch Receiver Navigation 6-SPEED AUTOMATIC TRANSMISSION TAILGATE STEP Heated Rear Seats Power Folding Mirrors Rhino Lined the truck bed Rigid Industries 130312 E-Series 30 LED Spot/Flood Combo Light Bar Yakima MegaWarrior Rooftop Cargo Basket (Light Bar attached to this basket...see photo) A.R.E. Z-Series Track Cap with headliner and LED lights in the truck bed Truck stickers at $56k new and it has every available option offered, including heated rear seats and sunroof!!
eMail me for more details : bo7wusupronocharlie@yahoo.com